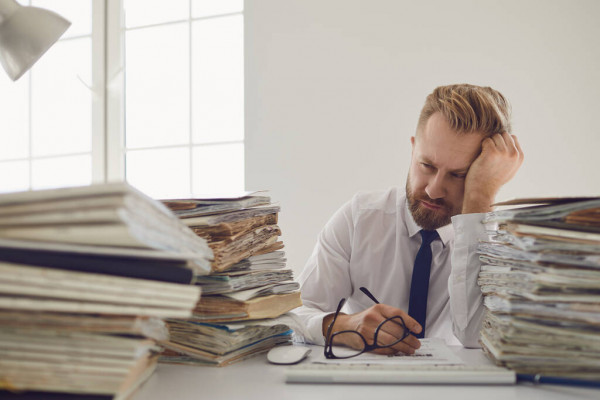 Just some one hundred years ago your boss would’ve laughed out loudly hearing your demand to stay home on Saturdays and get paid just like you did before. This is what actually happened with the industrial revolution in England in the early 20’s. But, what if today we moved from five days per week to four?

Have you heard the latest workplace buzz? Gather round the water cooler, the rumors are true -- a 4 day work week may soon be a reality. TUC (Trade Union Congress) is calling on the government to help people work fewer hours while getting paid the same.

A 4 day work week is a relatively new concept, brought about largely due to recent advancements in technology. However, some companies are already trialing the idea with promising results for both employees and employers.

How effective is it?

It sounds like a fantasy: full pay, full work output, and 80% as much time chained to your computer. It’s a relatively new concept, but the little data that exists on the four-day week is very promising. In early 2018, a New Zealand company called Perpetual Guardian ran an eight-week experiment with its 240 employees. Workers would set out to accomplish the same work for the same pay — with three days off rather than two.

The results were striking: Workers were more productive, more efficient, and happier. Two years on, the company has a permanent option of a four-day workweek.

There have been a number of other companies and countries tinkering with the four-day workweek. Microsoft Japan experimented with a shorter workweek program, called “Work-Life Choice Challenge 2019 Summer.” The company gave its 2,300 employees the opportunity to “choose a variety of flexible work styles, according to the circumstances of work and life.” The goal of management was to see if there would be a corresponding increase in productivity and morale when hours are cut down. The company wanted to see if giving employees flexible work style choices to "work in a short time, take a good rest and learn well," would boost productivity and creativity.

The results of the experiment were extremely positive, indicative that workers were both happier and 40% more productive. To be fair, workers may have tried to make the project successful so that they could have a permanent four-day workweek. It's possible that the 40% productivity may not be realized once the shortened workweek is officially established and, subsequently, taken for granted. Power consumption fell by 23%, and more than 90% of workers liked the change, Microsoft said.

The new working model that is gaining popularity. Amid the work from home situation, many employees have complained of no time for personal life and family due to long working hours and working during the weekend. A 4-day work week might help them get a hold of both their professional and personal life.

If you think that’s bad, according to Everyday Health, in the US 83% of workers suffer from work-related stress. US businesses lose up to $300 billion yearly because of workplace stress.

Let’s look at the advantages of having a four-day workweek. With more free time to heal and recoup, staff would perform better, enjoy their tasks more, and consequently take fewer sick breaks due to high-stress levels. Several companies are trying to experiment with the four-day workweek.